Skip to content
Posted on March 29, 2019 by paulsedra Posted in Uncategorized 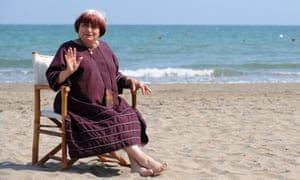 Agnès Varda, the director best known as a key figure in the French new wave and a string of documentaries that culminated in an Oscar nomination for Faces Places in 2018, has died at the age of 90, it has been announced. The news was confirmed by Agence France Presse.

from Pocket https://ift.tt/2Ov9ySF
via IFTTT