Skip to content
Posted on September 6, 2019 by paulsedra Posted in Uncategorized 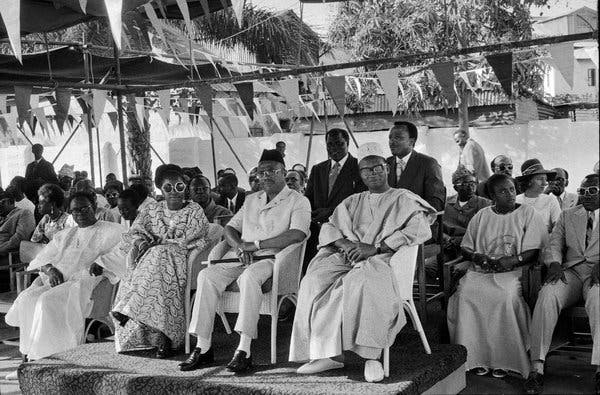 Dawda Jawara, a veterinarian-turned-politician who led Gambia to independence from the British and then presided over the country as it became one of Africa’s longest-running democracies, died on Aug. 27 at his home in Fajara, a coastal suburb of Banjul, the capital. He was 95. Mr.

from Pocket https://ift.tt/30WpBhJ
via IFTTT