Skip to content
Posted on November 17, 2019 by paulsedra Posted in Uncategorized 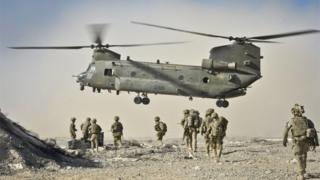 The UK government and armed forces have been accused of covering up the killing of civilians by British troops in Afghanistan and Iraq. An investigation by BBC Panorama and the Sunday Times has spoken to 11 British detectives who said they found credible evidence of war crimes.

from Pocket https://ift.tt/32ZxB1K
via IFTTT