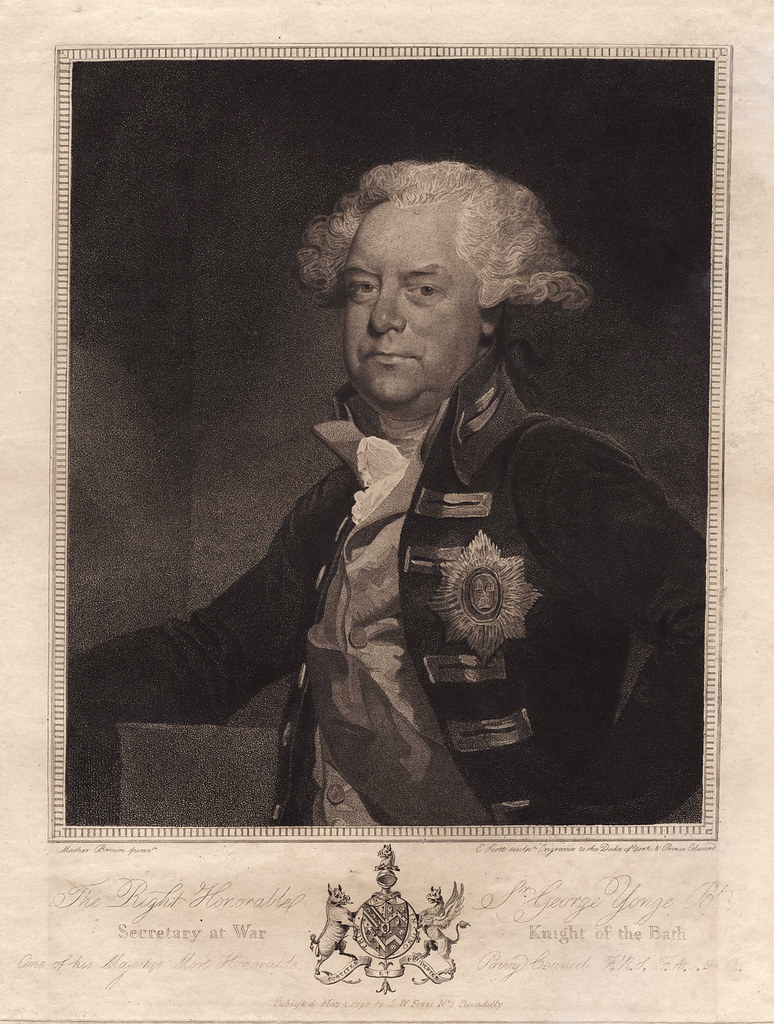 The Right Honourable Sir George Yonge (1731–1812), Secretary at War, Knight of the Bath, One of his Majesty’s Most Honourable Privy Council—the man after whom Yonge Street was named was a Baronet, a member of the British Parliament and Governor of the Cape of Good Hope. He was the fifth baronet in his line but, as the Dictionary of National Biography puts it, “as he left no issue, the baronetcy became extinct”.