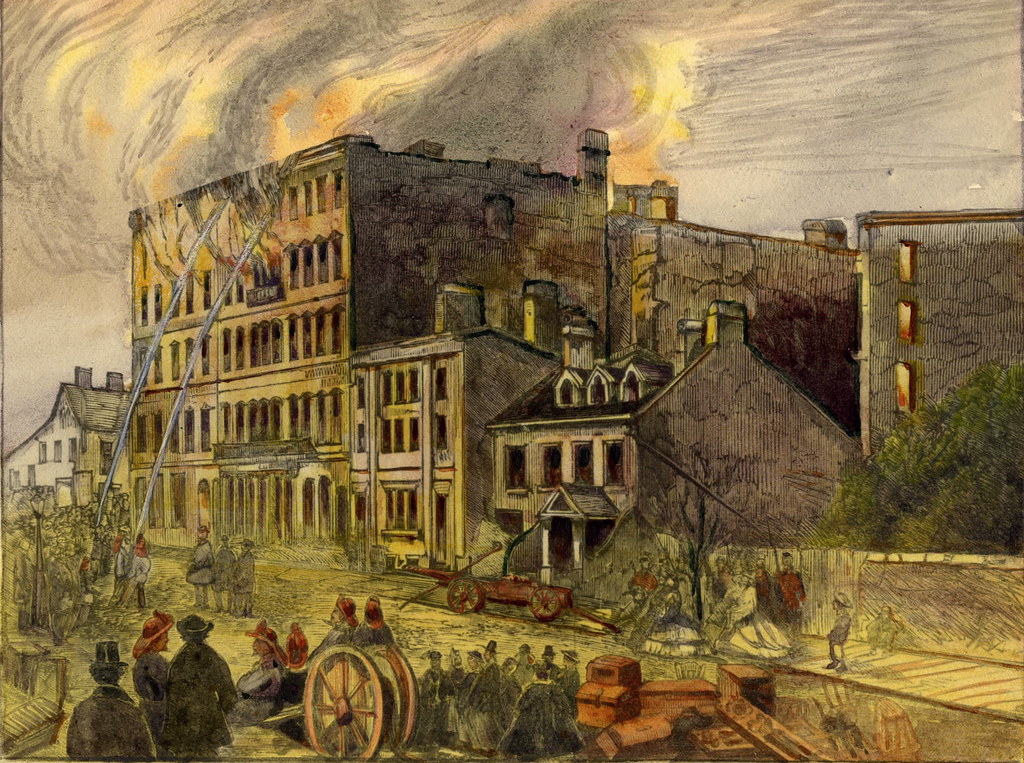 In the mid 19th-Century, Rossin House Hotel was one of the most prestigious hotels in Toronto and one of the early city’s tallest structure. Located at the southeast corner of King and York Streets in Toronto, it was originally built in 1856. As this picture shows, it was destroyed by a fire in 1862 and re-built the following year.