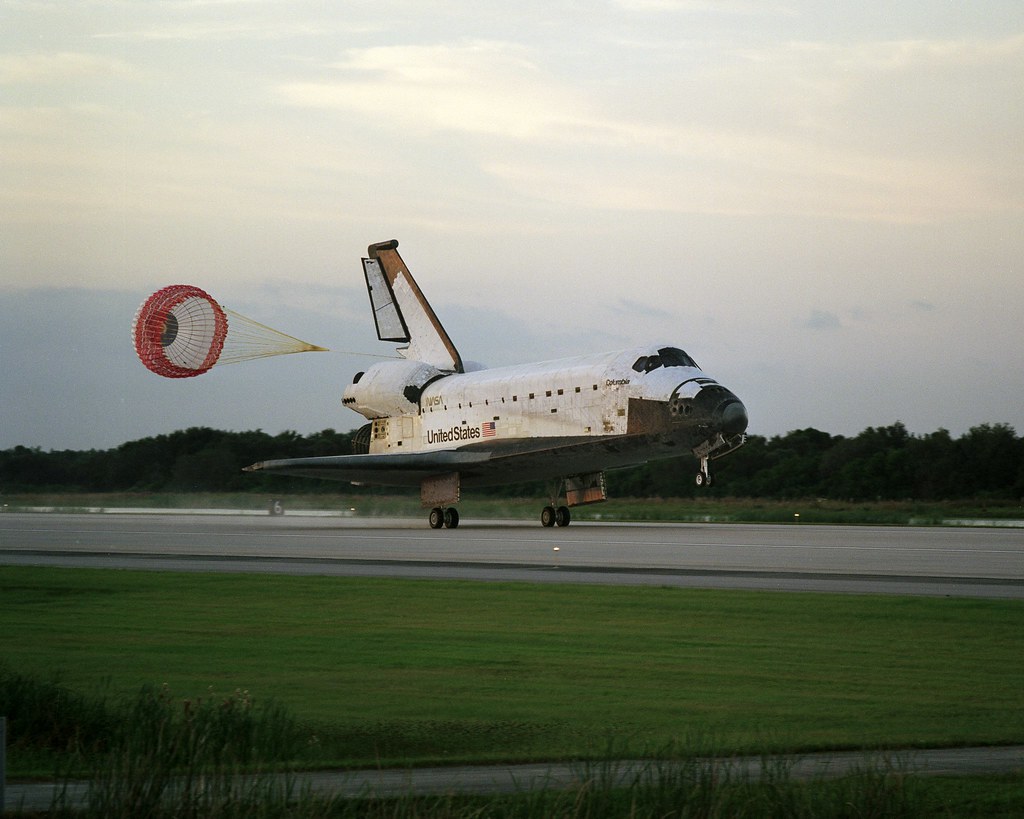 The drag chute on the Space Shuttle Columbia is deployed, marking the completion of its 18th Earth-orbital mission. Landing on the runway of the Shuttle Landing Facility at Kennedy Space Center, FL, occurred at 6:48 a.m. (EST), November 5, 1995. Onboard were five NASA astronauts and two guest researchers who had spent almost 16 full days in space in support of the U.S. Microgravity Laboratory (USML-2) mission.