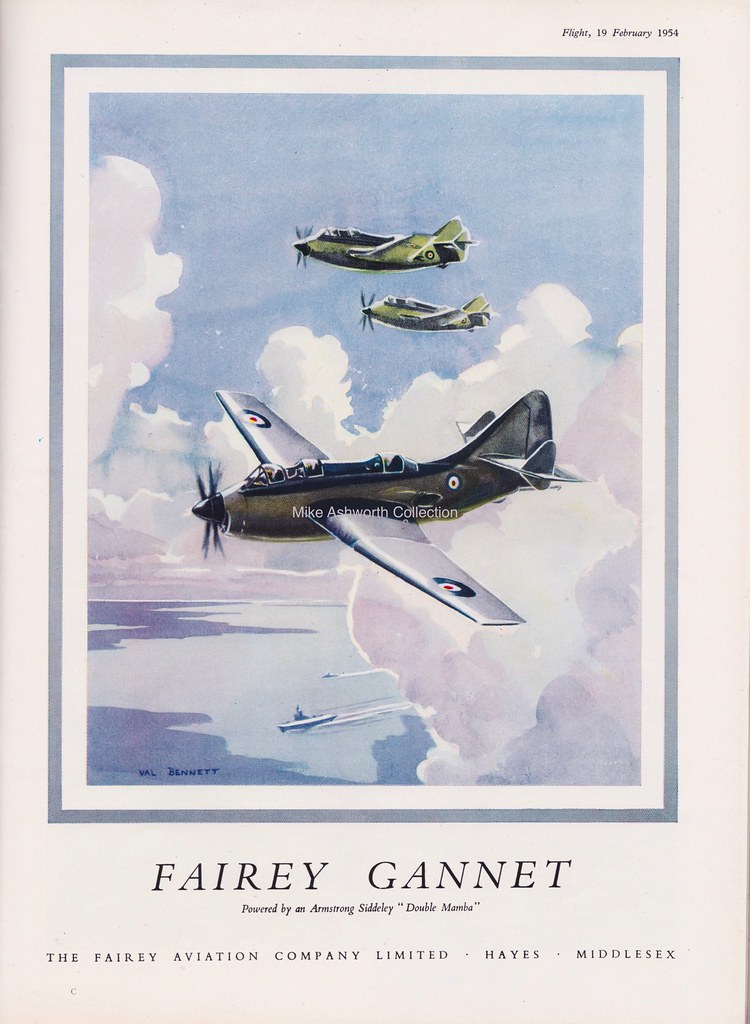 The Fairey Gannet as seen here was "a British carrier-borne aircraft of the post-Second World War era developed for the Royal Navy’s Fleet Air Arm (FAA) by the Fairey Aviation Company. It was a mid-wing monoplane with a tricycle undercarriage and a crew of three, and a double turboprop engine driving two contra-rotating propellers." This image does show the ‘plane well, with its twin propellers and flying high over an aircraft carrier.

Fairey had a complex history; the aircraft company founded in 1915 had bases not just in west London at Hayes (then quite an industrial suburb), but other sites including Heaton Chapel (also quite an industrial suburb) in Stockport. The aircraft division was in time merged into Westland but the Fairey Group carried on until a disastrous financial collapse in 1977 and was bailed out by the UK Government. Various enterprises fromt he group continue in business to this day.

The artsit is shown as Val Bennett and that could be a conundrum. A well-known wildlife artist, Val Bennett (b1923) actually worked for an aircraft company (de Havilland) but I suspect this is by this chap who illustrated a "1770 Squadron Booklet" and is given as "the artist, S/Lt (A) Val Bennett R.N.V.R. who served with distinction with the Squadron during WW2".