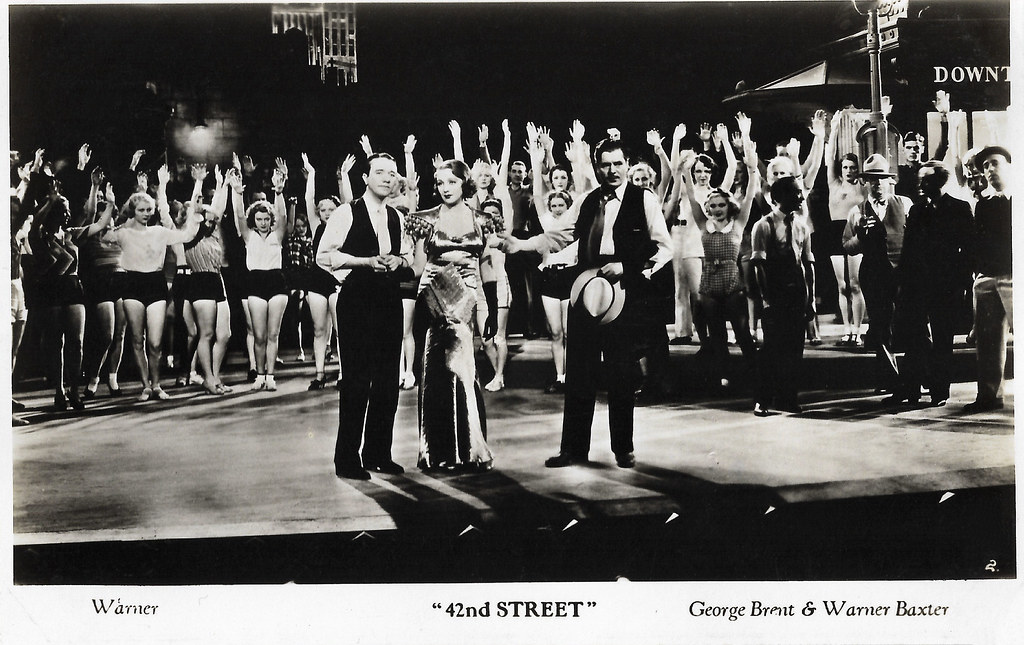 Bebe Daniels (1901-1971) was an American actress, singer, dancer, writer and producer. She began her career in Hollywood during the silent film era as a child actress and later a the love interest of Harold Lloyd in dozens of short comedies. Cecil B. de Mille made her a silent star and later she sang and danced in early musicals like Rio Rita (1929) and 42nd Street (1933). In Great Britain, she gained further fame on stage, radio and television. In her long career, Bebe Daniels appeared in 230 films.

Phyllis Virginia Daniels was born in Dallas, Texas, in 1901. Bebe was her childhood nickname. Her father was a theatre manager and her mother was stage and silent film actress Phyllis Daniels. The family moved to Los Angeles, California in her childhood and she began her acting career at the age of four in the stage play The Squaw Man. That same year she also went on tour in a stage production of William Shakespeare’s Richard III. The following year she participated in productions by Oliver Morosco and David Belasco. By the age of eight Daniels made her film debut as the young heroine in A Common Enemy (Otis Turner, 1910). Then she starred as Dorothy Gale in the short The Wonderful Wizard of Oz (Otis Turner, 1910), the earliest surviving film version of L. Frank Baum’s 1900 novel The Wonderful Wizard of Oz, made by the Selig Polyscope Company. It was later followed by the sequels Dorothy and the Scarecrow in Oz (1910), The Land of Oz (1910) and John Dough and the Cherub (1910), all considered to be lost films. At the age of fourteen Bebe was enlisted by studio head Hal Roach to pair her with very young and talented Harold Lloyd and also Snub Pollard in a series of two-reel comedies starting with Giving Them Fits (Hal Roach, 1915). At the time, Harold Lloyd was trying to ape Charlie Chaplin in his character, ‘Lonesome Luke’. Roach made 80 short comedies featuring Harold as Luke with Bebe playing his love interest between 1915 and 1917, including Bughouse Bellhops (Hal Roach, 1915), Tinkering with Trouble (Hal Roach, 1915) and Ruses, Rhymes and Roughnecks (Hal Roach, 1915). Lloyd and the charming and spunky Daniels eventually became known as ‘The Boy and The Girl’ in such shorts as Bliss (Alfred J. Goulding, 1917), The Non-stop Kid (Gilbert Pratt, 1918) and Young Mr. Jazz (Hal Roach, 1919). Stephan Eichenberg at IMDb: “Lloyd fell hard for Bebe and seriously considered marrying her, but her drive to pursue a film career along with her sense of independence clashed with Lloyd’s Victorian definition of a wife.” After 200 shorts for Hal Roach Studios. Bebe decided to move to greater dramatic roles and accepted a contract from Cecil B. DeMille in 1919. He gave her secondary roles in such feature films as Male and Female (Cecil B. DeMille, 1919) starring Gloria Swanson, Why Change Your Wife? (Cecil B. DeMille, 1920), and The Affairs of Anatol (Cecil B. DeMille, 1921), with Wallace Reid.

In the 1920s, Bebe Daniels was under contract with Paramount Pictures, and made the transition from child star to adult in Hollywood. The now lost comedy The Speed Girl (Maurice Campbell, 1921) was supposedly expanded into a screenplay from Daniels’s real life jail sentence of 10 days for multiple speeding tickets. The film poster shows her walking out of a jail cell. At the time the 20-year-old was already a veteran film actress. By 1924 Bebe was playing Rudolph Valentino’s love interest in the costume drama Monsieur Beaucaire (Sidney Olcott, 1924). Paramount spared no expense on the film from the sets, costumes down to the musical soundtrack that accompanied it upon it’s release. Following this she was cast in a number of light popular films, namely Miss Bluebeard (Frank Tuttle, 1925), The Manicure Girl (Frank Tuttle, 1925), and Wild Wild Susan (A. Edward Sutherland, 1925) with Rod LaRocque. Paramount dropped her contract with the advent of talking pictures. Daniels was hired by Radio Pictures (later known as RKO) to star opposite John Boles in one of their biggest productions of the year, the talkie Rio Rita (Luther Reed, 1929). Its finale was photographed in two-color Technicolor. The musical comedy, based on the 1927 stage musical produced by legendary showman Florenz Ziegfeld, proved to be the studio’s biggest box office hit until King Kong (1933). Daniels found herself a star and RCA Victor hired her to record several records for their catalogue. Radio Pictures starred her in lavish musicals such as Dixiana (Luther Reed, 1930) and Love Comes Along (Rupert Julian, 1930). Toward the end of 1930, Bebe Daniels appeared opposite Douglas Fairbanks in the musical comedy Reaching for the Moon (Edmund Goulding, 1930). However, by this time musicals had gone out of fashion so that most of the musical numbers from the film had to be removed before it could be released. Daniels had become associated with musicals and so Radio Pictures did not renew her contract. Warner Bros. realized what a box office draw she was and offered her a contract which she accepted. During her years at Warner Bros. she starred in such pictures as the drama My Past (Roy Del Ruth, 1931), Honor of the Family (Lloyd Bacon, 1931) and the pre-code version of The Maltese Falcon (Roy Del Ruth, 1931), based on the novel of the same name by Dashiell Hammett and with Ricardo Cortez as Sam Spade. The Maltese Falcon was a huge success for Warner and garnered rave reviews for Bebe and Cortez. In 1932, she appeared opposite Edward G. Robinson in Silver Dollar (Alfred E. Green, 1932) and the successful Busby Berkeley choreographed musical extravaganza 42nd Street (Lloyd Bacon, 1933) in which she played the star of a stage musical who breaks her ankle. The backstage musical was nominated for the Academy Award for Best Picture. That same year Daniels played opposite John Barrymore in the enjoyable Counsellor at Law (William Wyler, 1933). The film was another box office smash. Her last film for Warner Bros. was Registered Nurse (Robert Florey, 1934).

Bebe Daniels retired from Hollywood in 1935. She had been a working actress for 30 years. With her husband, film actor Ben Lyon, whom she had married in 1930, she moved to London. Daniels and Lyon had two children: daughter Barbara (1932) and a son Richard whom they adopted. In England, they had found a quiet place in the countryside to raise their family. They starred in the British comedy crime film Treachery on the High Seas (Emil E. Reinert, 1936) with Charles Farrell. They also wanted to go back to the theatre. A few years later, Daniels starred in the London production of Panama Hattie in the title role originated by Ethel Merman. The Lyons then did radio shows for the BBC. Most notably, they starred in the radio series Hi Gang!, continuing for decades and enjoying considerable popularity during World War II. Daniels wrote most of the dialogue for the Hi Gang radio show. There was also the spin-off film Hi Gang! (Marcel Varnel, 1941) in which they starred opposite Vic Oliver). The couple stayed in London , broadcasting even during the worst days of The Blitz of WWII. Ben signed up for the Royal Air Force while Bebe kept the home fires burning in between appearing in the occasional stage play. Following the war, Daniels was awarded the Medal of Freedom by Harry S Truman for war service. In 1945 she returned to Hollywood for a short time to work as a film producer for Hal Roach and Eagle-Lion Films. She returned to the UK in 1948 and lived there for the remainder of her life. Daniels, her husband, her son Richard and her daughter Barbara all starred in the radio sitcom Life With The Lyons (1951-1961), which later made the transition to two films and to television (1955-1960). Daniels’ final film The Lyons in Paris (Val Guest, 1955). Bebe Daniels suffered a severe stroke in 1963 and withdrew from public life. She suffered a second stroke in late 1970. In 1971, Daniels died of a cerebral hemorrhage in London at the age of 70. Her ashes would eventually be interred at the Hollywood Forever Cemetery in Hollywood California. Upon his death in 1979, Ben Lyon’s remains were interred next to Daniels’.