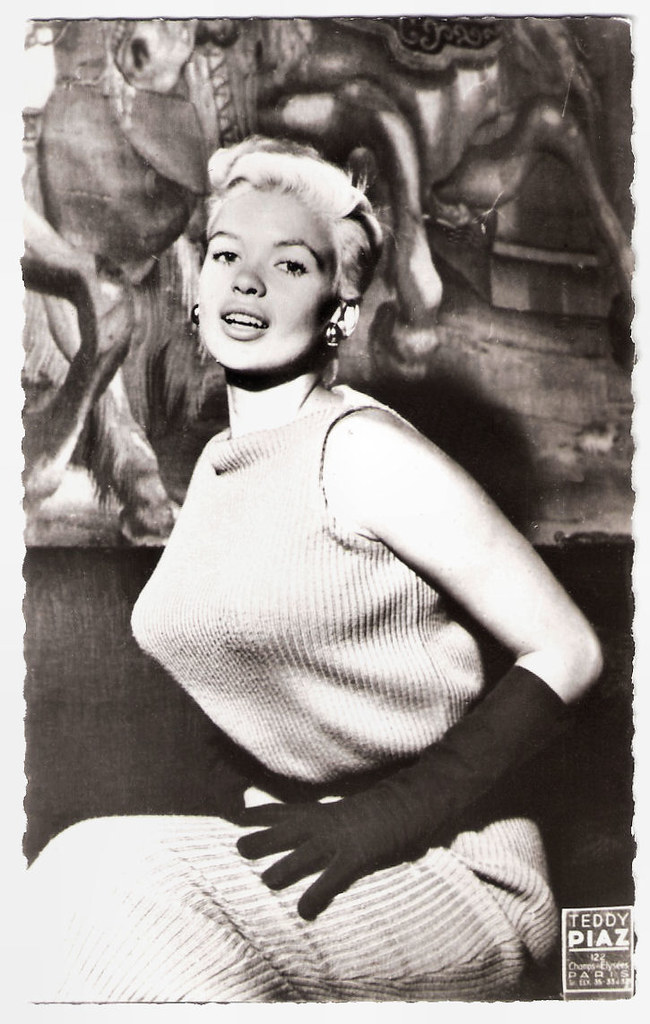 Some Hollywood stars were much more popular in Europe than at home. A fabulous example is sweet Jayne Mansfield (1933-1967), one of Hollywood’s original platinum blonde bombshells. Although most of her American films did not do much at the European box offices, Jayne herself was a sensation whenever she came to Europe to promote her films. During the 1960s when Hollywood had lost its interest in her, Jayne continued to appear cheerfully in several European films.