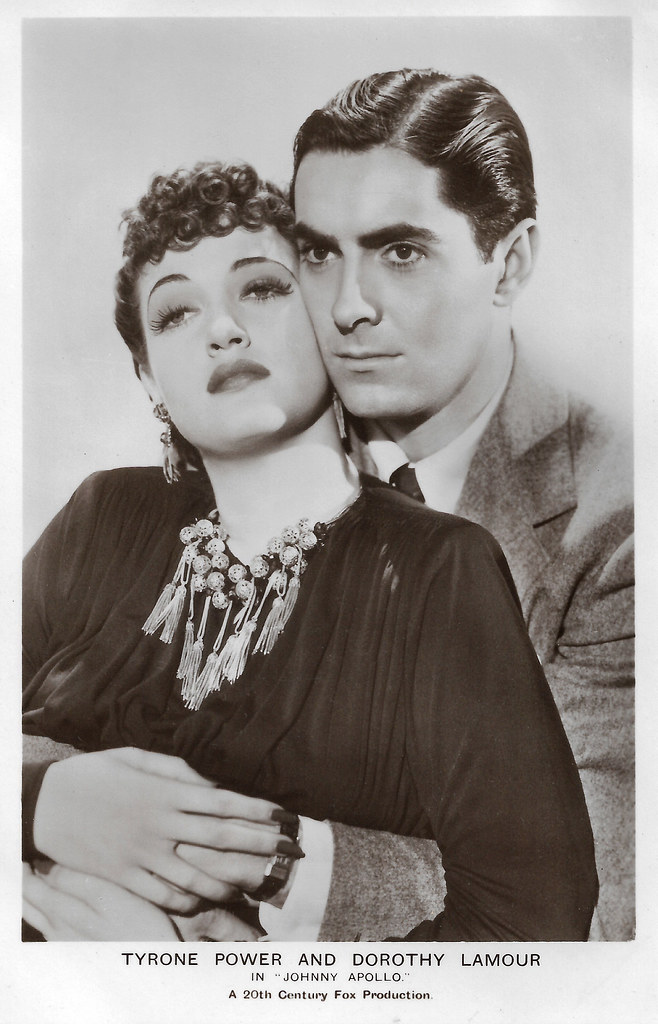 Beloved Hollywood star Tyrone Power (1914-1958) may have been all-American, but he sure loved European ladies. He was married to both French Annabella and half-Dutch Linda Christian.

American actress and singer Dorothy Lamour (1914-1996) is best remembered for appearing in the Road to… comedies, starring Bing Crosby and Bob Hope. During World War II, Lamour was among the most popular pin-up girls among American servicemen.