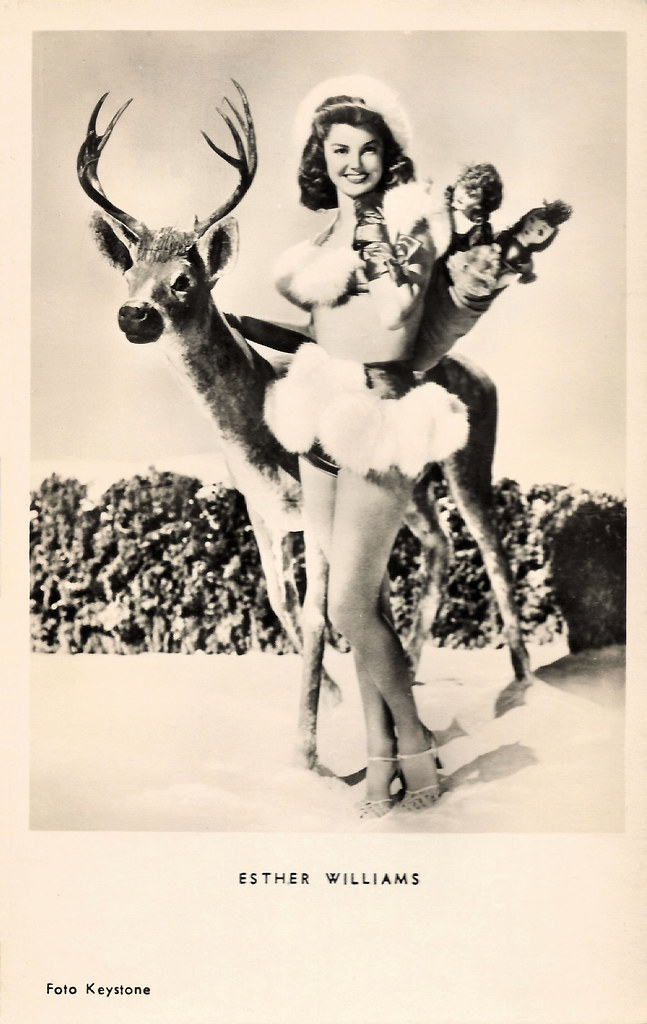 ‘Hollywood’s Mermaid’, Esther Williams (1921-2013), swam her way through more than a dozen splashy MGM musicals in the 1940s and early 1950s. While smiling at the camera, she was able to do a combination of crawl, breast and backstroke, and was forever blowing bubbles under water, seemingly having an inexhaustible supply of air.