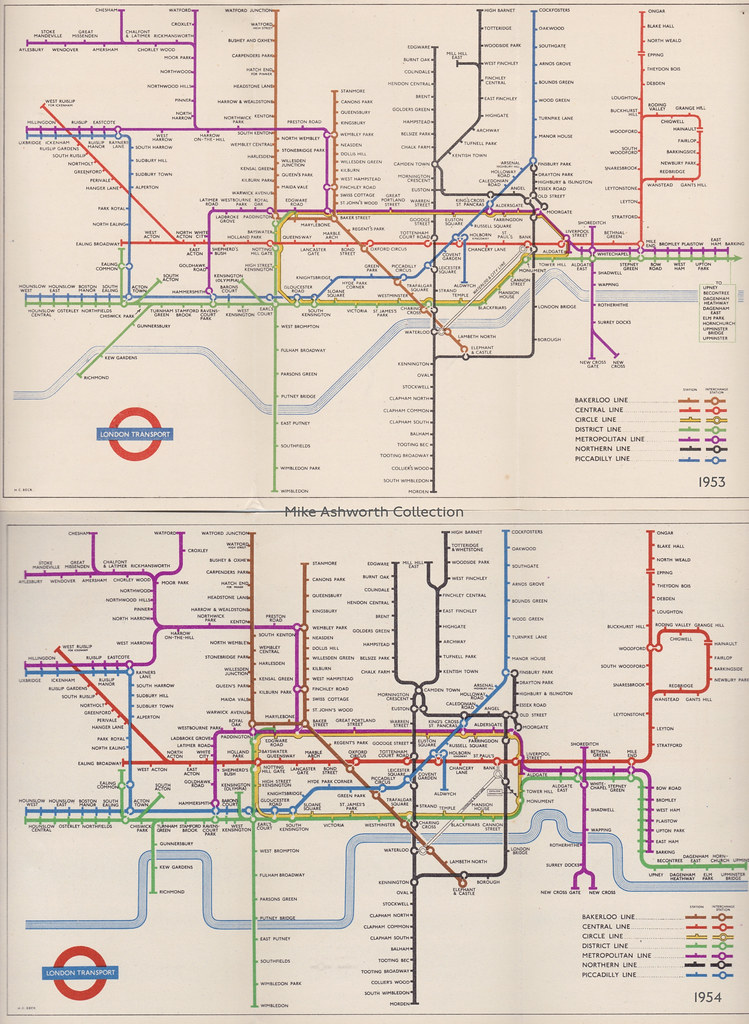 I’ve mentioned in previous posts that you tend to think the tube map, or diagram if you’re precise, doesn’t change much but since its introduction in 1933 it has quite a lot. Some are obvious – line closures, extensions, station renamings, etc., but some were more evolutionary and indeed deliberate design policy. Some of Beck, and his successors, ideas were better than others. This 1953 (top) version has always appeared visually ‘cleaner’ to me than the lower 1954 version. But – eye of the beholder and all that!