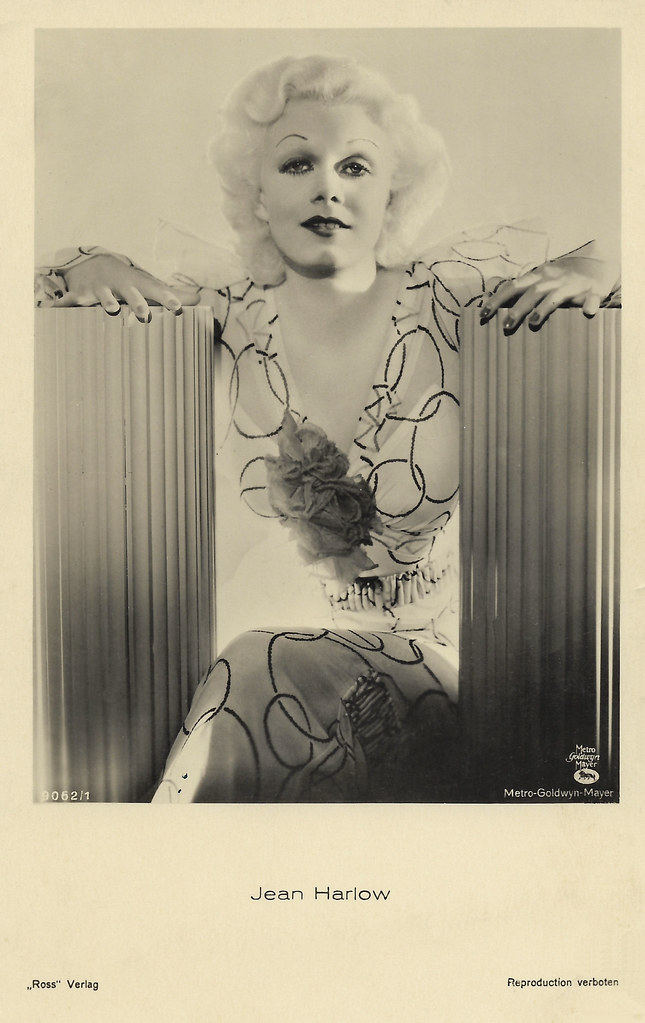 After being signed by director Howard Hughes, Jean Harlow’s first major appearance was in Hell’s Angels (1930), followed by a series of critically unsuccessful films. In 1932, she signed with Metro-Goldwyn-Mayer and became the leading lady in a string of hit films. These included Red Dust (1932), Dinner at Eight (1933), Reckless (1935) and Suzy (1936). Among her frequent co-stars were William Powell, Spencer Tracy and, in six films, Clark Gable. Harlow’s popularity rivaled and soon surpassed that of her MGM colleagues Joan Crawford and Norma Shearer. By the late 1930s, she had become one of the biggest stars of Hollywood, often nicknamed the ‘Blonde Bombshell’ and the ‘Platinum Blonde’. She died of renal failure during the filming of Saratoga in 1937 at the age of 26. The film was completed using doubles and released a little over a month after Jean Harlow’s death.