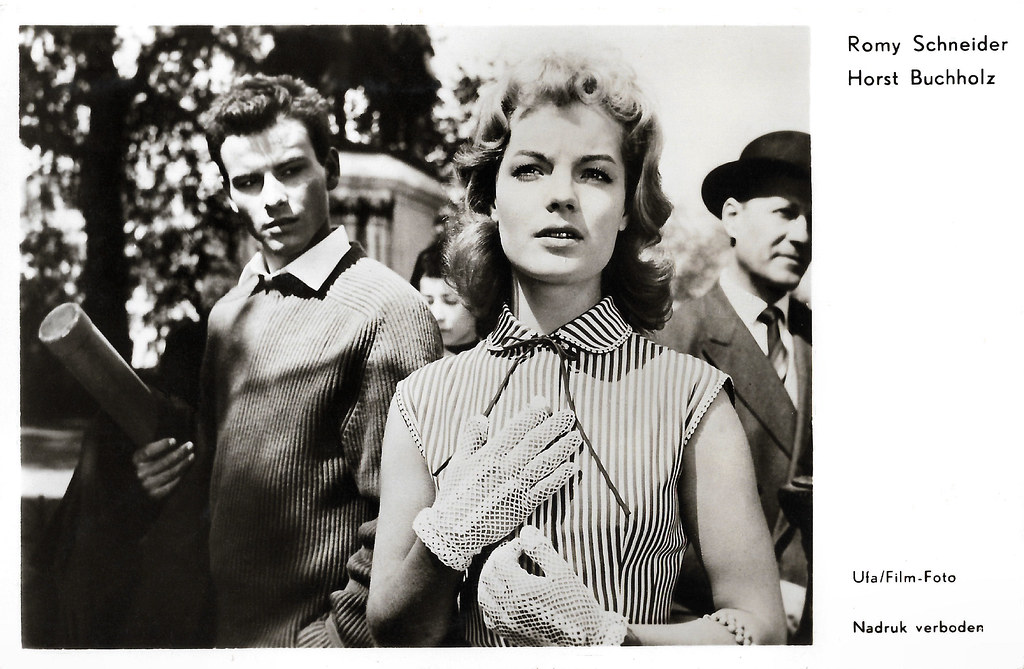 Austrian actress Romy Schneider (1938-1982) was one of the most beautiful and intelligent actors of her generation. Thirty years after her death she still has an immense popular appeal.Horst Buchholz (1933-2003) was the James Dean of the German Cinema. ‘Hotte’ was typecasted as a rebellious teenager in the late 1950s. He appeared in over sixty films between 1952 and 2002 and is now best remembered as the Mexican gunfighter Chico in The Magnificent Seven (John Sturges, 1960).