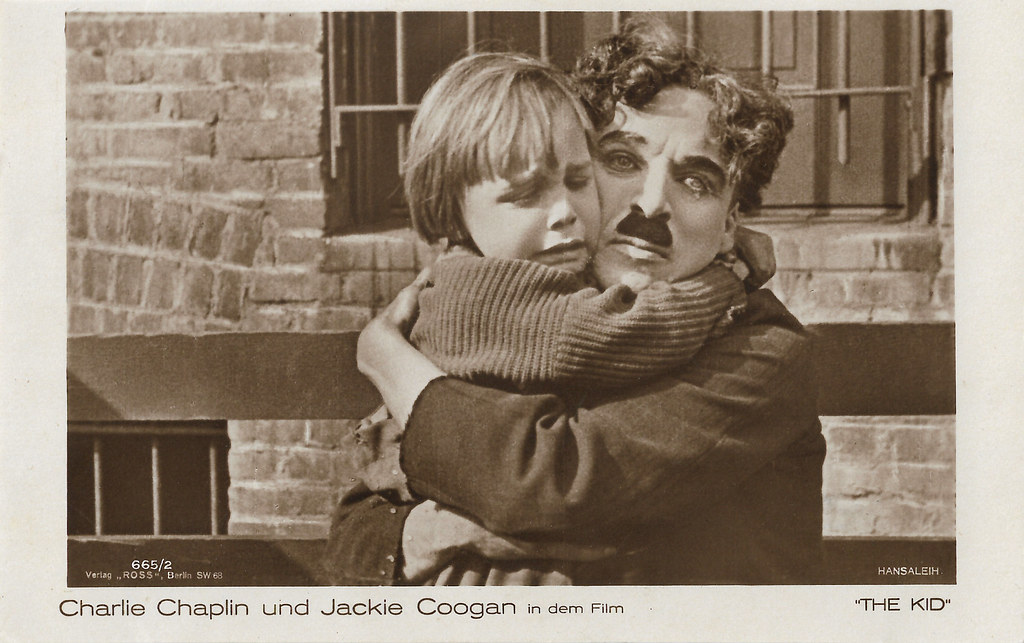 English comedian Charles ‘Charlie’ Chaplin (1889-1977) was one of the most creative and influential personalities of the silent-film era. His most famous role was that of The Tramp with his toothbrush mustache, undersized bowler hat and bamboo cane who struggled to survive while keeping his dignity in a world with great social injustice. Chaplin used mime, slapstick and other visual comedy routines, and he not only starred in his films, but also directed, wrote and produced them, and composed the music as well. His working life in entertainment spanned over 75 years, from the Victorian stage and the Music Hall in the United Kingdom as a child performer, until close to his death at the age of 88. Author George Bernard Shaw called Chaplin "the only genius to come out of the movie industry".

American actor John Leslie ‘Jackie’ Coogan (1914-1984) began as a child actor in silent films. He was Charlie Chaplin’s irascible sidekick in The Kid (Charles Chaplin, 1921) and played the title role in Oliver Twist (Frank Lloyd, 1922). Many years later, he became known as Uncle Fester in the TV series The Addams Family (1964-1966). In the interim, he sued his mother and stepfather over his squandered film earnings ($48 million to $65 million adjusted for 2012 dollars) and provoked California to enact the first known legal protection for the earnings of child performers, widely known as ‘the Coogan Act’.