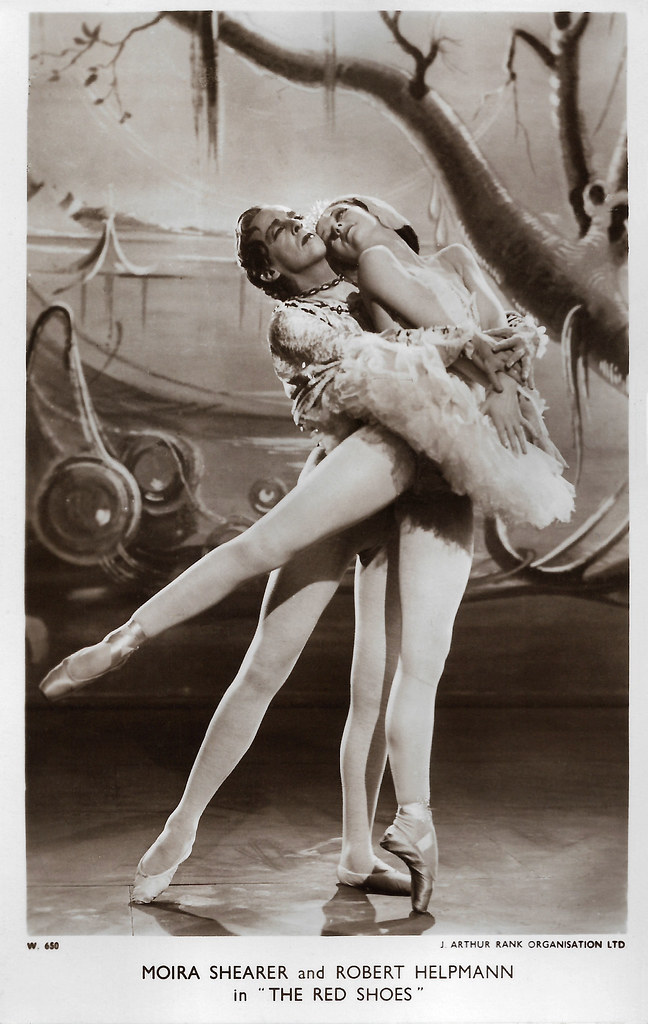 It’s 8 March and International Women’s Day. For us, it is a day that celebrates womanhood and women’s rights. One of our favourite sites is Women Pioneers Film Project, an incredible treasure of interesting essays, profiles and resources. For today’s post at our blog EFSP, we selected 20 American women who both worked in front of and behind the camera during the silent film era. Check it out: filmstarpostcards.blogspot.com/

Red headed Moira Shearer (1926–2006) was a luminous star of the British ballet. She became an international film idol with her unforgettable debut as the young ballerina Vicky in The Red Shoes (1948), a classic of the British cinema and probably the most popular film about ballet.

Sir Robert Helpmann CBE (1909-1986) was an Australian dancer, actor, theatre director and choreographer. Helpmann appeared in many films, including the two Powell and Pressburger ballet films The Red Shoes (1948), for which he was the choreographer, and The Tales of Hoffmann (1951).