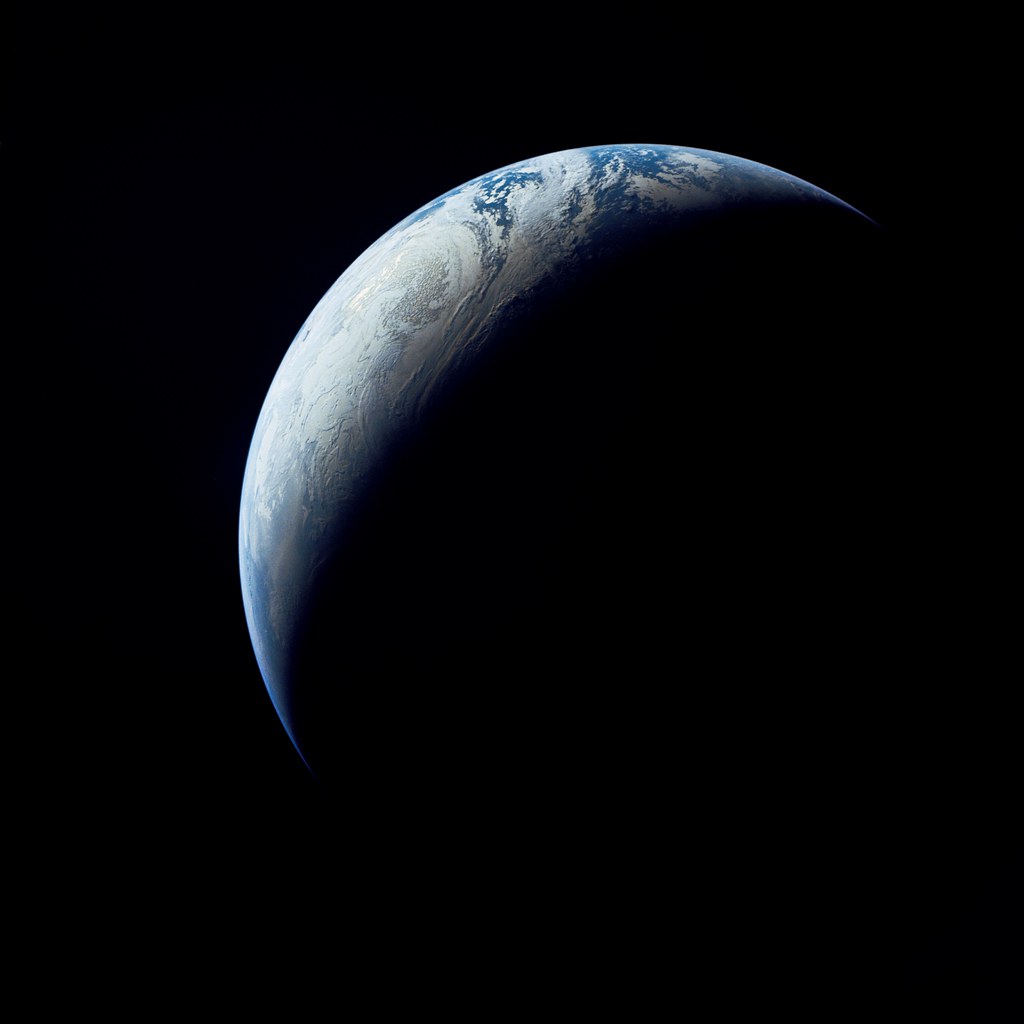 Earth as viewed from 10,000 miles. In 1969, the Apollo 4 (Spacecraft 017/Saturn 501) unmanned test flight made a great ellipse around Earth as a test of the translunar motors and of the high speed entry required of a human flight returning from the moon. A 70mm camera was programmed to look out a window toward Earth, and take a series of photographs from "high apogee". Coastal Brazil, Atlantic Ocean, West Africa, Antarctica, looking west. This photograph was made when the Apollo 4 spacecraft, still attached to the S-IVB (third) stage, was orbiting Earth at an altitude of 9,544 miles.