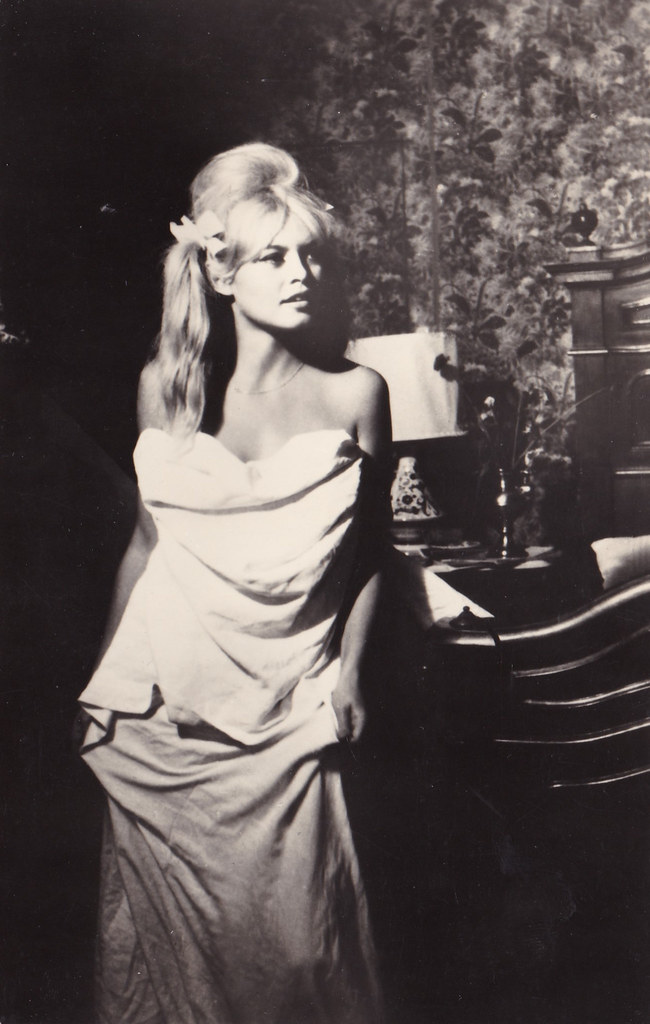 Carla: And now Brigitte Bardotova in ”Soukromy Zivot” or “Vie Privée”, released in 1961. Brigitte Bardot plays a girl who lives in Switzerland with her widowed mother. She is infatuated with Marcello Mastroianni who is married to a friend of hers, unfortunately. There is some unclarity on the different sites that discuss this movie. Some say Marcello is married to her friend, others say he is her mother’s ex-lover. Perhaps he is both. Anyway, Brigitte has had it in Switzerland and moves to Paris where she becomes a famous movie star and model. She experiences the negative aspects of such a career: she does not have a private life and is regarded as public property. She returns to Switzerland where she finds Marcello divorced, fortunately. They start an affair, but the fans and papparazzi claim her again. She trusts Marcello to protect her from the intrusive press that hounds her. But Marcello, a film director himself, seems more interested in a play he is directing. Brigitte becomes depressed and withdraws from public life. It could have been the story of Brigitte Bardo herself, the actress and model! Brigitte was 28 when she played the leading role in “A Very Private Affair”, but she apparently had great foresight. The film was not a great success. Yet, rather interesting as we look at it through new eyes perhaps? I don’t know what to make of the postcard. We see Brigitte wrapped in a bed sheet. The bed is behind her. She looks lovely in that sheet.