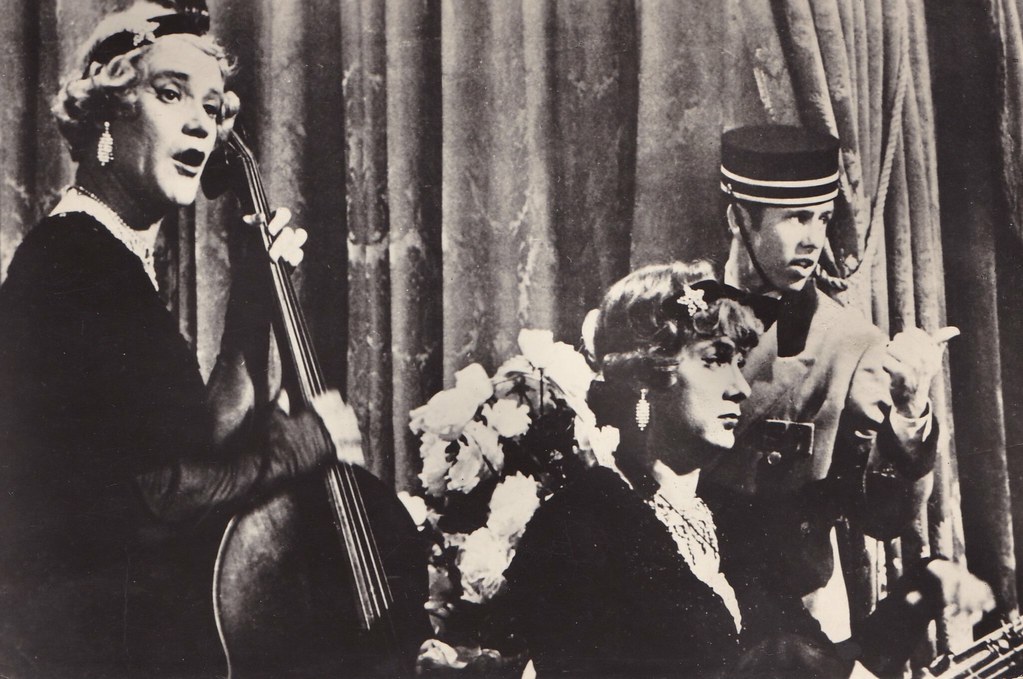 Carla: Jack Lemmon and Tony Curtis play two musicians who are on the run after they have witnessed a murder. They dress up as women and join a female jazz-band. In this picture they are playing a bass (Jack Lemmon), and a saxophone (Tony Curtis). Tony is in love with Marilyn, but cannot tell her he is a man, so instead he tries to become best friends with her.

Error: Twitter did not respond. Please wait a few minutes and refresh this page.